SCP was founded in 1985 by Sheridan Coakley as a manufacturer and retailer of modern furniture. Inspired by the designs of the Modern Movement, Coakley decided to start selling classic and hard to find pieces and also try his hand a producing new designs in the same spirit. Nearly three decades on, SCP remains true to its founding idea, to make and sell design products that are functional, beautiful and made to last. In 1986, SCP exhibited for the first time at the Salone del Mobile in Milan. On show were the first ever manufactured designs by Matthew Hilton and Jasper Morrison. The event established SCP as a pioneering force in the UK and international furniture industry. Since those early heady days of creative entrepreneurialism, SCP has continued to develop new products every year. Employing the rich talents of designers that include Terence Woodgate, Konstantin Grcic, Michael Marriott, Russell Pinch, Robin Day, Donna Wilson, Alex Hellum, Kay+Stemmer, Reiko Kaneko, Lucy Kurrein, Timorous Beasties, PearsonLloyd, Rachel Whiteread and Peter Marigold. Today, SCP is firmly established as one of the UK’s most innovative and internationally respected manufacturers and suppliers of contemporary design. SCP is also an acclaimed and award winning retailer, regularly voted as one of London’s finest design shops. SCP's digital Gift Card is the perfect present. Your Gift Card will be e-mailed to you with a unique code. Use this code during the check out process online to redeem your voucher.Digital Gift Cards are sent to you via e-mail only, the e-mail includes a shareable link, but we will not deliver a physical gift card. 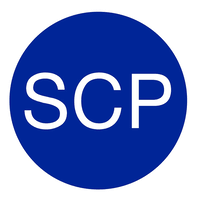